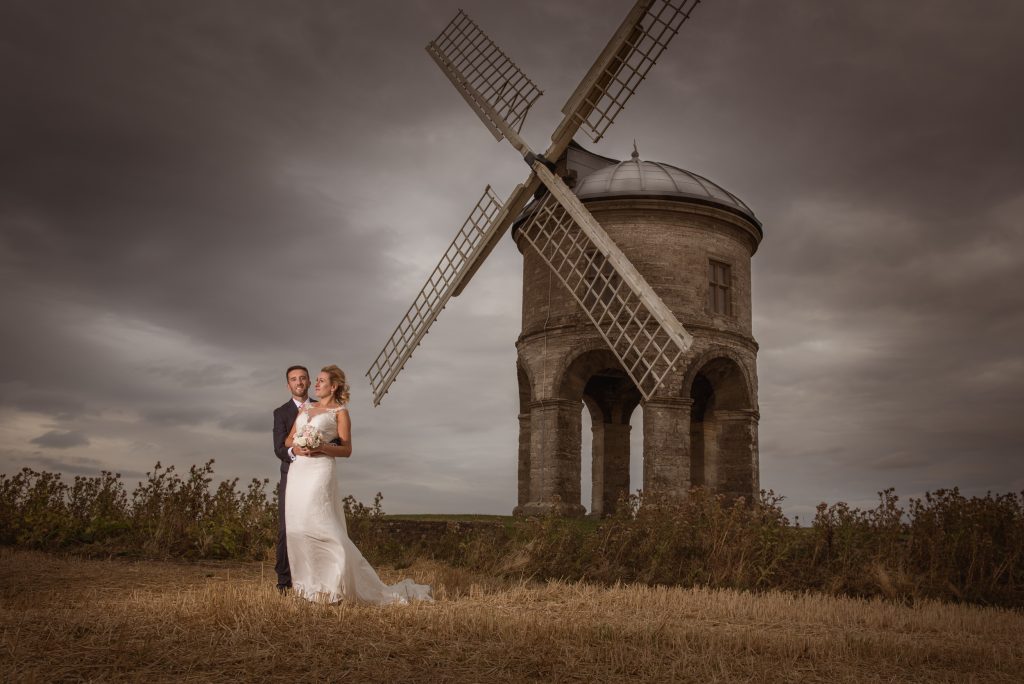 backstage movie from a wedding photo session (off camera flash)

Hello! 3 minutes movie is showing wedding photo session at the mill from my perspective, as an extra I added a little explanation, how to…

Some history of windy Chesterton Windmill

The windmill is one of Warwickshire’s most famous landmarks. It stands on a hilltop overlooking the village of Chesterton, near the Roman Fosse Way and about five miles (8 km) south-east of Warwick. It was built around 1632-1633, probably by Sir Edward Peyto, who was Lord of the Chesterton Manor House. At this time John Stone, a pupil of Inigo Jones, was in Chesterton designing the new Manor House and he probably helped with the windmill as well. Sir Edward was a mathematician and astrologer and probably his own architect to the windmill, but although claims have been made that the tower was originally built as an observatory, the estate accounts now at Warwick Record Office show that it has always been a windmill,[2] making it the earliest tower mill in England to retain any of its working parts. (from Wikipedia)

We had a plan to capture some nice sunset photos with the mill in the background. unfortunately, the weather did not help us, and we haven’t seen the sun at all. At that time we had a lot of clouds over Warwickshire.  Anyway, plan B, was exactly the same as plan A – nice creative images with the mill in the background.  We didn’t have nice light but we had strong wind. I mentioned in the movie about damaged transparent umbrella (

o).  My 300w lamp would be damaged too but the groom has catched  a stand with the flash on it just before it crashed into the ground 🙂  Anyway, we had a good time, and we took a lot of shots.

To create all images on the session i used as always, reliable Nikon cameras with mix of lenses. On the movie you could see Sigma 12-24, and Nikon 24-70. I used 70-200 as well, and what is interesting, I didn’t touch my favourite lens 35mm f1.4 but at this occasion nice bokeh wasn’t important for me and my couple.

… but final effect could’n be achieved without off camera flashes. And again, 300w studio lamp with a battery pack, and reliable speedlites Godox v860II.  On all wide angle photos I used  stronger light 300w. Sometimes, even full power is not enough, time to think about something stronger. I’ll add that the 300 hasn’t got TTL, so everything I had to set manually… All portraits from 70-200 were shot with speedlites.

OK, Thanks for watching, thanks for reading.

Please contact MK Wedding Photography by either using the contact form, or by Calling 07511221729 for weddings, portraits or events.